A 2-night minimum is required for reservations including a Friday or Saturday night. Contact Hotel directly to check availability.

Reservations for the 2023 season will be available ONLINE beginning January 15, 2023.Dismiss

"We selected this hotel based upon previous reviews and were not disappointed. The staff was wonderful and the accommodations lovely. Very modern design. Very comfortable. They recommended Aqua for dinner (great) and the coffee shop two doors down for breakfast (also great). Definitely the place to stay in or around Cape Charles." 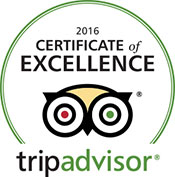 Best Hotel in Eastern Virginia winner! More than 40,000 votes are cast across 5 regions of Virginia to let you know where to find the best our state has to offer.

"With 22 uniquely curated guestrooms, an outdoor courtyard, second-floor veranda, and numerous sitting areas, the place feels like a cross between a casually upscale social club and a beachfront spa."

"8 Unique and Relaxing Getaways Every Mom Squad Needs This Fall" Hotel Cape Charles is listed among Icehotel in Sweden and other luxurious getaways. Check it out here: https://www.brit.co/mom-squad-getaways/

"Skip the Jersey Shore-style development to the north for the peninsula’s wilder section. Set up camp in Chesapeake-facing Cape Charles, Virginia for sailing, paddling, and all the blue crab you can eat. Just two blocks from the public beach, Hotel Cape Charles includes six Loft-style rooms with eat-in kitchens!"

(Recommended as THE place to stay on the Virginia Eastern shore)

“The bed was a snowy white cocoon of bliss.”